In the last seven years, we have had outstandingly positive results with people experiencing neuromuscular disorders who are wearing Taopatch. People with Multiple Sclerosis, in particular, have seen surprising improvements in the progression of their sickness.

Everything started five years ago, when a cardiologist from Sicily, Dr. Alberto Lomeo, decided to try Taopatch for his own back pain and contracture, witnessing great results on his posture, balance and pain relief.

As the primary doctor in the main hospital of Catania, he was treating Multiple Sclerosis patients through vascular surgery, in hopes of seeing improvements in their condition.

One day, Dr. Lomeo had the idea of trying Taopatch on one of his most difficult patients with Multiple Sclerosis. It was applied on the two main rebalancing points, and after wearing the patches for only forty minutes, he literally got out of the wheelchair and started to slowly walk towards the doctor.

Dr. Lomeo was astonished that his patient's balance and range of movement were tremendously improved after such a short time. And this was the moment, Dr. Lomeo knew he needed to reach out to the inventor of Taopatch, because, as imagined, this discovery was groundbreaking. 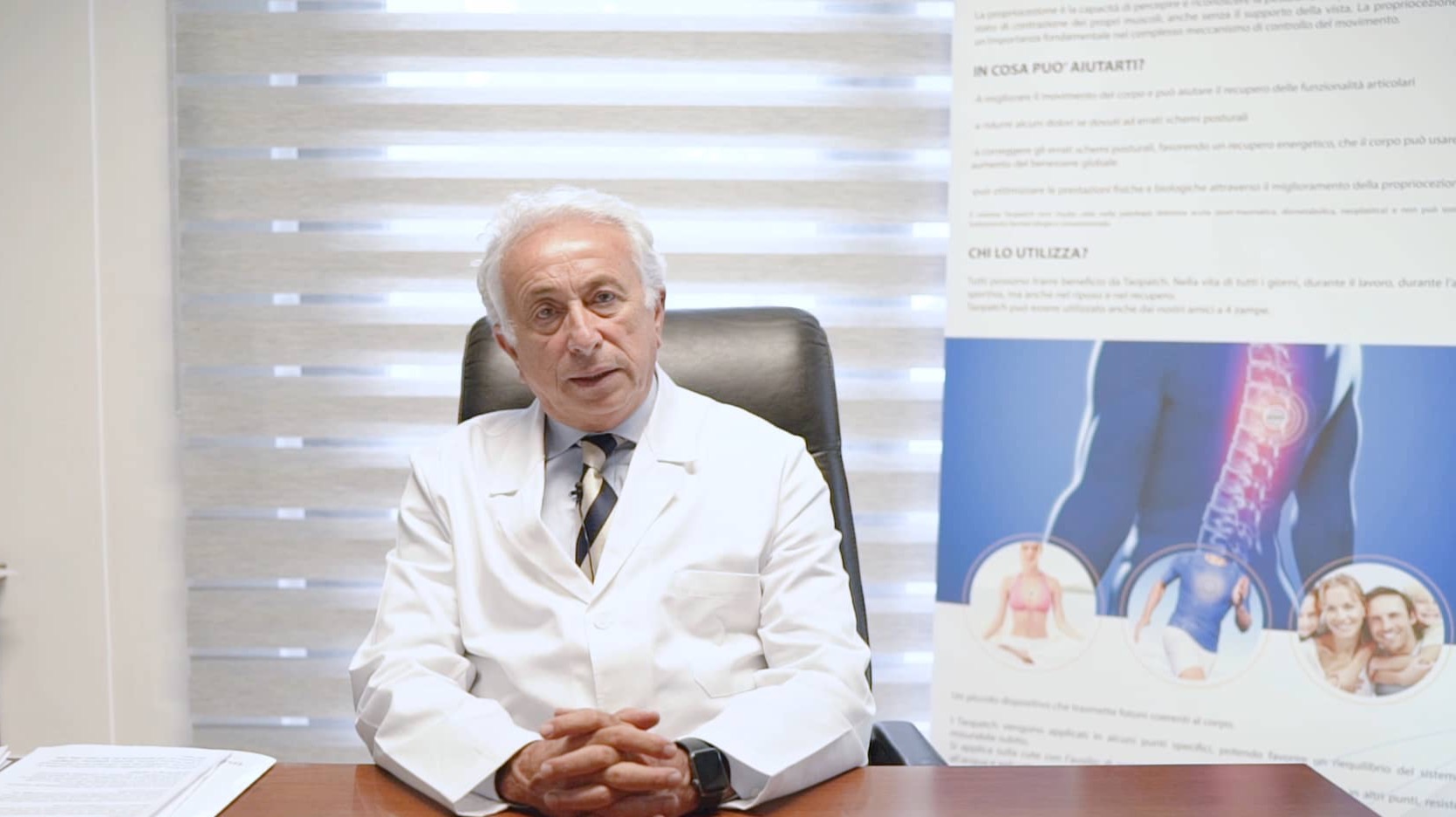 That was just the beginning of a year-long journey with Fabio Fontana and Dr. Lomeo, working on a research study about the potentialities of Taopatch on people with MS.

Their findings were published in the scientific magazine Hegel. The tile of the study is: Nanotechnology and Posture, from research to practical applications. Study with placebo comparison, control group on subjects with multiple sclerosis, which received high marks and reviews from the scientific community.

During this study, patients who experienced similar ailments, i.e. they were in a similar stage of Multiple Sclerosis (to have statistically comparable subjects), were monitored for a year.

The study pushed through the six-month threshold because science confirms that any placebo effect disappears after six months. Thus, if the patients were simply influenced by the idea of having found a helpful tool, then, after six months, this would have been extinguished and not effective.

All the patients were tested on the time factor: at zero (before wearing Taopatch), then after wearing Taopatch for forty minutes, after three months, and after one year. Incredibly, the data and results significantly showed that all of the patients experienced the exact progress and exact same improvement. The improvements included the leg lift, range of motion of the neck, and flection/movement of the lower back.

Each patient had more than a 20 - 30 percent increase, a substantial improvement for those suffering from Multiple Sclerosis.

As we know, unfortunately, people with Multiple Sclerosis experience a constant degeneration of the neuromuscular system, meaning the symptoms never get better. That's why so many treatments are all about managing the disease, and the pace, while to trying to slow down the degeneration itself.

The incredible thing about these patients is that not only was the degeneration slowed down, but their symptoms actually improved and they felt better. In addition, data was collected from a certified questionnaire, where they were scientifically tested, showing incredible growth in social, emotional, and mental well-being while wearing the Taopatch.

Because of this study, many other studies have stemmed and there has been an awakening at Universities and centers.

Taopatch now has the pleasure of working with numerous centers and Universities in Europe.

Currently, there are twenty Universities doing research on Taopatch, with a focus on Parkinson’s, HRV, and brainwaves.

We are quite excited, as the results are soon to be released. So stay tuned, because the findings are just the tip of the iceberg!

Which Taopatch is right for you?